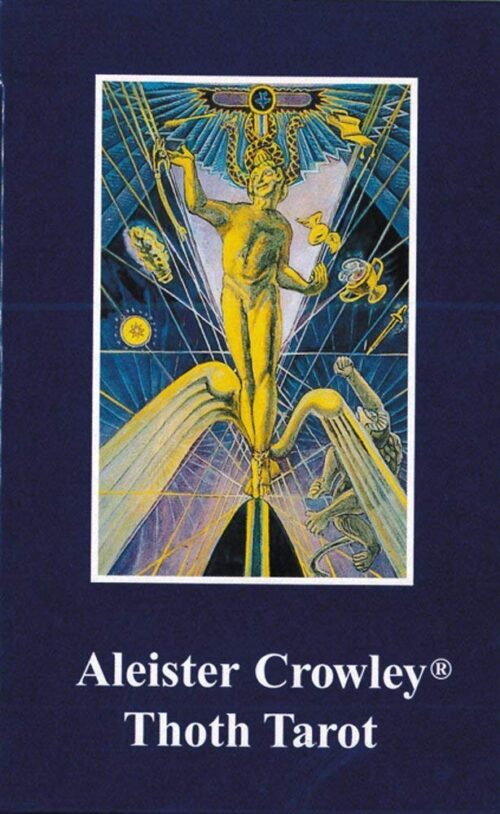 Immerse yourself in the symbolic wealth of the Aleister Crowley Tarot. The painter Frieda Harris was herself an Egyptologist and worked about 1200 symbols into the 78 cards! These cards are fascinating in the depth of thinking which they reveal.
The Thoth Tarot was created by the famous occultist Aleister Crowley (1875 – 1947). Lady Frieda Harris (1877 – 1962) painted the cards. Although Lady Harris knew little about Tarot and its symbolism, under the guidance of Crowley she transposed all subtilities of his ideas into her paintings.
Many a card was painted in several versions, until one of them was approved by Crowley. The Crowley Thoth Tarot took over five years to be completed. It was first published in 1969, after the death of both Crowley and Lady Harris.
The present edition was produced by utiliting the most advanced techniques of color seperation and printing, thus faithfully reproducing the stunning colors of the original paintings.
78 cards
70 x 110 mm
card language: english
instruction booklet: english